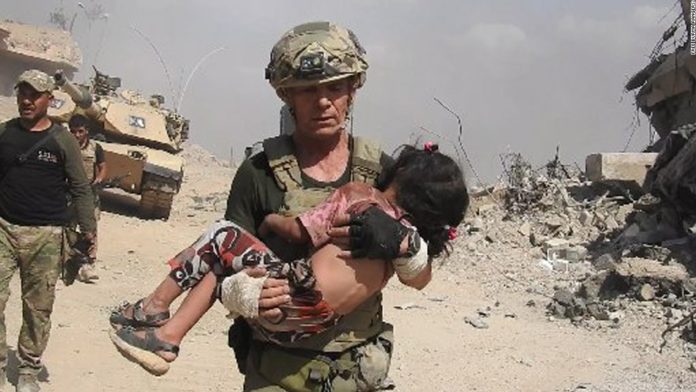 An incredible story of love.

David Eubank serves with his family of five as aid workers with a relief group he founded,  the Free Burma Rangers. Previously, David has spent ten years with the Army Special Forces in many of the same places he now aids.

Now they serve to assist civilians caught in conflicts in war zones. Yes, even his three children have been right there with him on all his missions.

His daughter, Sahale, said “If your kid was out there, wouldn’t you want someone else to help them? Someone to rescue them? To give them the opportunity to live?”

During the city of Mosul’s liberation, many civilian women and children were heartlessly murdered. It currently stands as one of the most dangerous places in the world.

The Eubanks are no strangers to death and destruction. They have seen many tragedies during their times serving in Burma, Afghanistan, and Iraq.

The following video takes place during the fight to liberate Mosul. It was a day hot enough to bake your skin like a Thanksgiving turkey, basically just like every other day in Iraq. As David and his team made their way through the desert to a neighborhood that was caught up in the crossfire, they found a demolished Pepsi factory.

Lying outside the factory was at least 70 bodies. Women, children, and even men in wheelchairs were strewn lifelessly across the rubble. It was concluded that they were picked off by snipers as they tried to escape their homes.

Then they found survivors. Two men and a little girl hiding under her dead mother’s hijab. David knew they had to do something, but snipers kept them pinned down, just out of reach.

So the Iraqi troops David was with coordinated a rescue plan with the U.S. led coalition. They pressed forward, working their way 150 yards or so until they were within a few yards of the little girl. They just needed a cover, a screen to protect their movement. That’s exactly what they got. 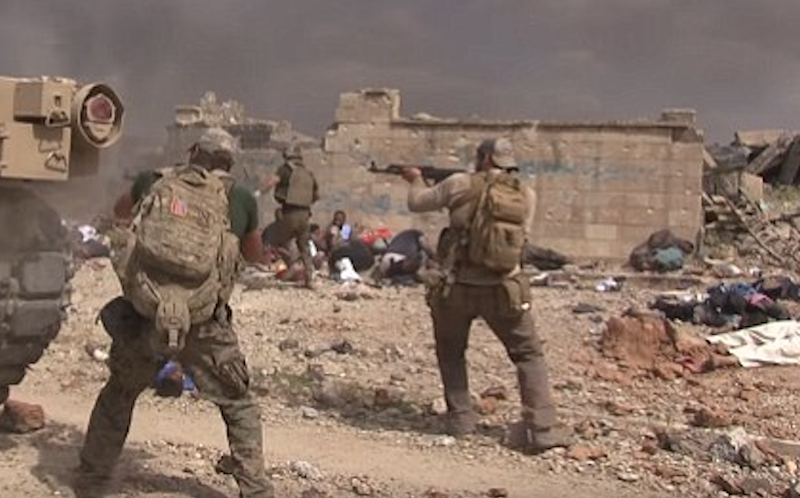 Air support and ground troops released smoke canisters that created a wall of thick smoke, preventing snipers from having a clear shot. Then David and a couple of his teammates pressed up against a tank that was moved into position.

He tried to gather his wits telling himself, “If I die doing this, my wife and kids would understand.”

Then it was their opportunity. It was go-time. One man started shooting, causing anyone trying to sight them up to have to duck into cover. David darted out from behind the tank, sprinting towards the cowering little girl. He was promptly followed by a second man who ran a few steps then stood his ground providing additional suppressive fire.

Twelve seconds of a carefully and daringly executed mission resulted in the little girl’s life being saved. It is presumed that her entire family is dead, but an Iraqi general is planning to adopt her.

As for David, his family, and his humanitarian aid? They are currently taking a short sabbatical in Washington state, but they have plans to return to Iraq. David says that they do it out of love for the people quoting the Scripture: “‘Greater love has no man who laid down his life for his friends.'” (John 15:13)

The tireless work of humanitarian aid groups is incredible. They sacrifice in much the same ways as the soldiers they accompany as well as witness the same scenarios and tragedies.

Watch the insane rescue below!