I remember when I turned 10. I used to be thrilled just to be “double digits” and not a little kid anymore. Let me tell you about Nicholas Sierra, a 10-year-old safety patrol who never showed his age during a harrowing rescue.

It was a seemingly normal day as bus 3094 drove through Hillsborough County to deliver twenty-seven kids to elementary school. The kids’ usual ride was in the shop for repairs but this spare bus appeared sound enough.

That’s where a person would be wrong.

The driver, Lenior Sainfimin, became aware only after they were moving, that the bus no longer had brakes. He pressed the pedal harder and harder but it made no difference.

There is a myriad of things that could cause air brakes to not apply. However, when it goes that bad, there’s usually no fix on the fly.

He tried to gain control of the bus the best he could but to no avail. The road the bus was traveling on, Nine Eagles Drive, is a fairly windy road. It is well surrounded by multiple ponds and even more residences on either side. Despite his best efforts, Lenior could not safely stop the bus. It struck a tree and careened into a four-foot deep pond.

Nicholas described the moment the bus went over as if everything moved in slow-motion.

Unfortunately, when the 21-year-old bus went over, it laid passenger-side down in a pond full of alligators. I know that sounds like a plot point from a B-rated action movie, but most of the Tampa area is pretty much alligator central. 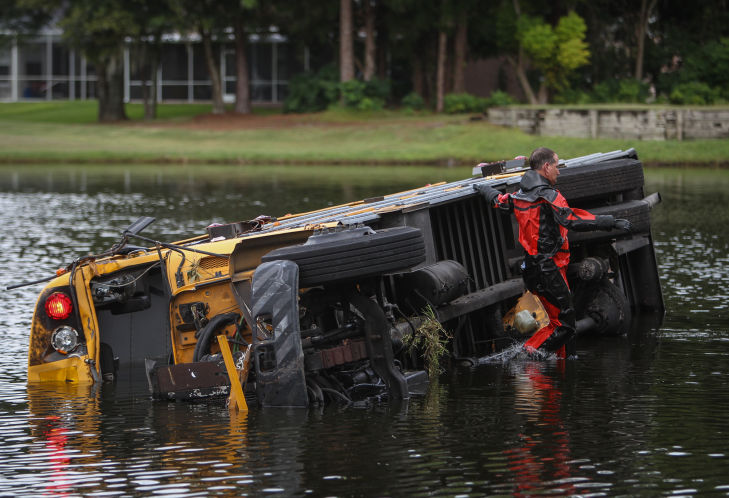 Little Nicholas scrambled into action as soon as the bus came to a rest on its side. He pulled himself through an open window onto the upright side above water. Did he swim to shore and get out of there? 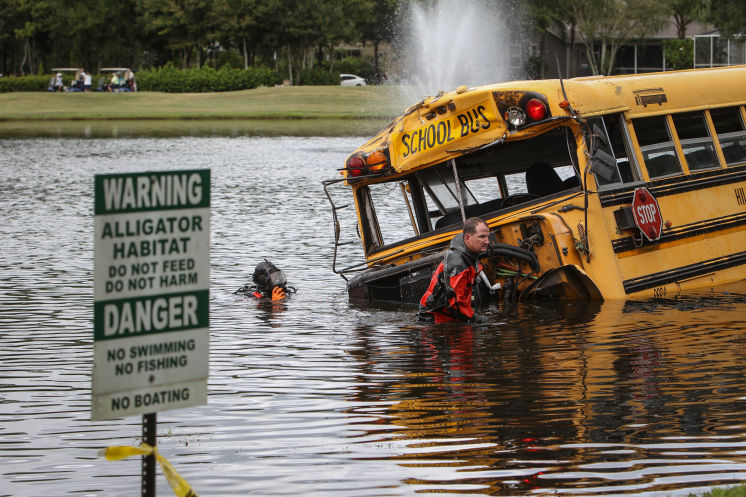 No, he began pulling kids out, escorting them to safety, then going back in to get more. He kept this up until all of the children were safely out. When the local Sheriff’s department arrived, they double and triple checked the buses’ roster to make absolutely certain every child was accounted for, but the little hero had already made sure.

Witnesses say that Nicholas remained completely calm and in control throughout this terrifying ordeal. His experience and training in keeping the elementary students safe as a safety patrol no doubt played a great roll in his actions that day.

He took charge of the situation and kept focused even after other adults came to help get kids to safety. He continued his efforts until all 27 children made it to dry land.

Parents arrived understandably shaken and in shock but found their children safe and Nicholas calm and in charge. Miraculously just one child had any kind of injuries and those were minor.

The brave young hero even stayed for an interview with the local news station.

If this little man has inspired you today, SHARE this story and browse our website for more!