Deputy Jon Hammell was on patrol in Tuolumne County, California, when he met a new canine friend. The December night in Tuolumne was freezing, with the temperature dipping to the 20s. Hammell was pursuing a suspicious vehicle in Tuolumne Market at the time.

Tuolumne is a city located a hundred miles east of San Francisco, with a population of over 50,000 people. While California isn’t especially known for cold climate, Tuolumne City is located in an area that can get quite nippy.

On Wednesday night, Hammell got out of the patrol car, leaving the door open and the car running. He checked in on a suspicious vehicle and when he returned, he found an adorable black lab curled up in the passenger’s seat. 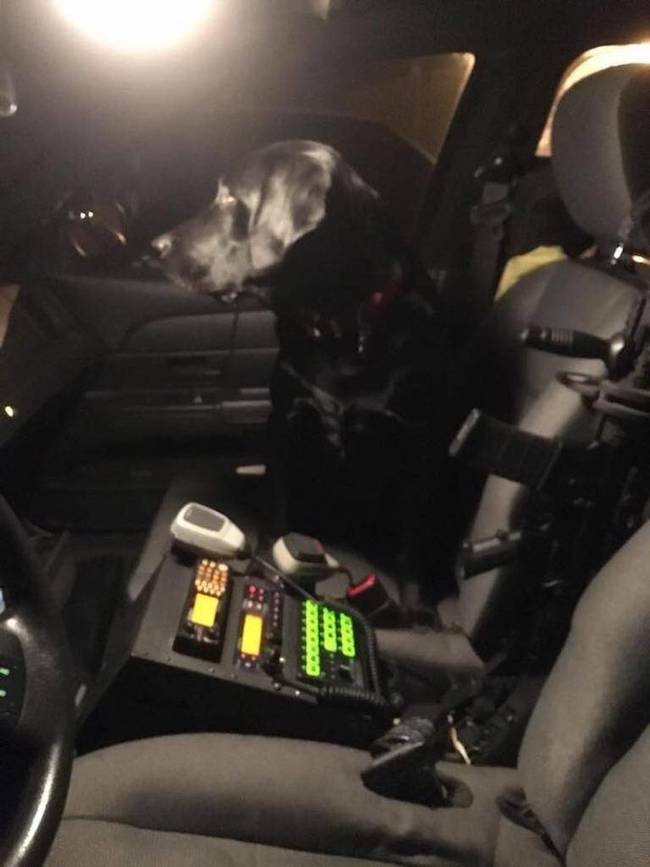 The dog’s name is Ruger, according to his collar tag. Ruger must have hopped into the patrol car to avoid the chilly temperatures of winter. The deputy decided to contact the dog’s owners using his tags. It turns out that the owners had been searching for the lost dog all night.

The deputy drove the canine home after that. The lab happily accepted the ride home, cutely curling into the shotgun seat of the patrol car. The dog must have great instinct’s, knowing that his best bet of returning home was hopping into the car of a policeman.

According to the Facebook post the Tuolumne County Sheriff, Ruger’s owners were, “very pleased to see him as they had been looking for him all evening.” Ruger must have been relieved as well. After getting lost in the middle of a cold December night, he was finally able to return home to his loving parents. 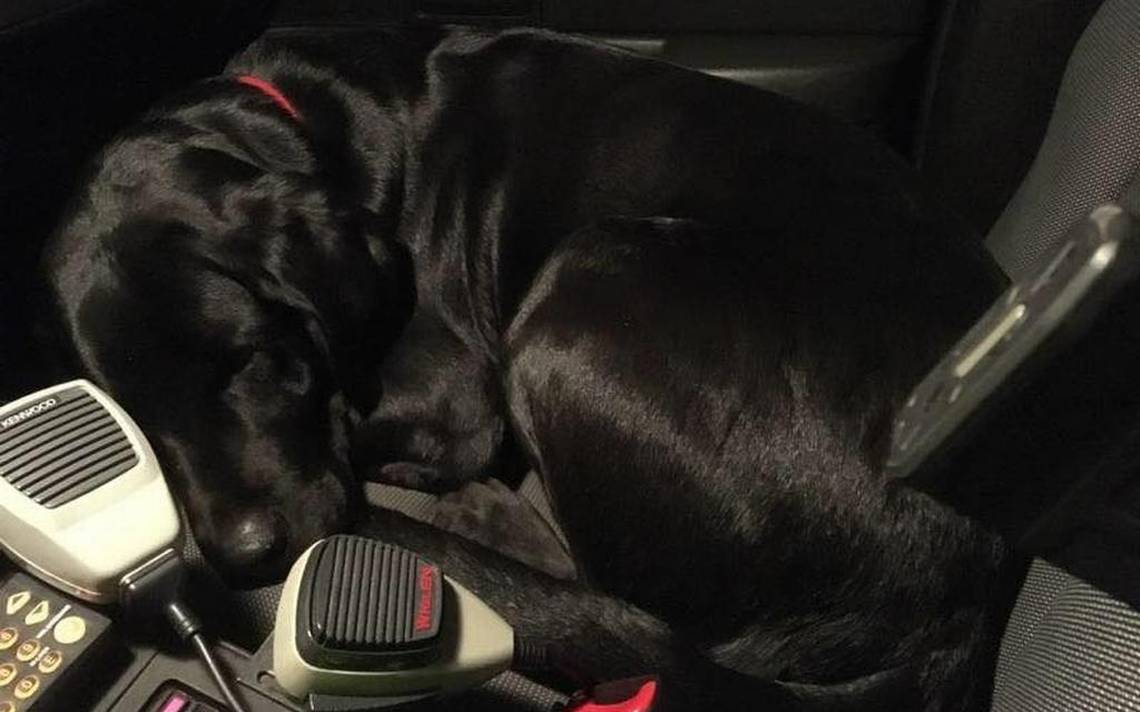 The tale should serve as a reminder to always put contact information on your pet’s collar. Dogs are naturally curious beings, and rambunctious enough to frequently wander away from their owners. It is all too easy for man’s best friend to become lost in an area. That is why owners need to imprint dog tags with names, addresses and phone numbers for contact.

Imagine what would have happened to Ruger if there was no owner contact information. Pets can become terrified when they aren’t able to make it home to their owners. Sometimes they wander into the wild, where they’re unable to fend for themselves.

Sometimes stray pets are taken in by animal shelters, where they can be adopted or euthanized. A lack of identification makes it difficult for pets to be successfully returned to their owners. Some pet owners try to prevent their pets from straying altogether with fences.

Luckily, this beautiful black Labrador was able to make it home safely. The lab was so comfortable with the deputy that he ended up falling asleep in the warm passenger seat.

If you are happy this little guy made it back home, SHARE this story with your friends!