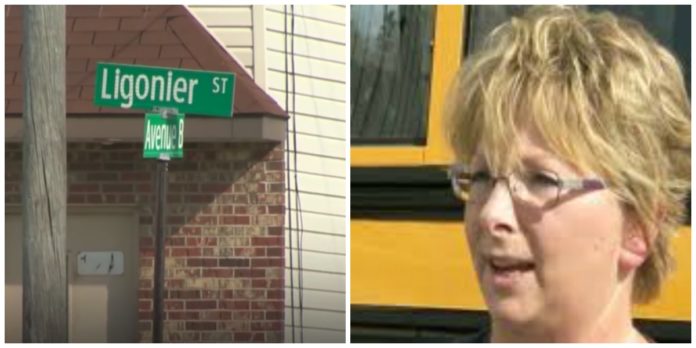 One of the most interesting pieces of advice I have ever been given is this:

A school bus driver is credited with saving the lives of two children because she listened to her inner voice.

Joann Japalucci drops off the same group of elementary school kids every day, so she has gotten to know parents procedures for picking their kids up. One particular day she dropped off a group, but before pulling away, a seven-year-old boy was standing alone.

He said that his mother wasn’t there to pick him up. The trouble is that Joann remembered the boy’s mother was always there for him, every day. Her not being there this day left her with an uneasy feeling in her stomach.

Generally, kindergarteners and first-graders have to be accompanied by a parent or guardian when they are picked up. This boy was a second-grader, so technically he could walk home unaccompanied. Despite this, Joann felt that something was wrong and she couldn’t let him do that.

She called dispatch to tell them that she would keep the boy on the bus while she dropped off the rest of the kids.

She drove the loose circle that formed her daily route, eventually coming back to the same bus stop. This time, she saw that it was again completely barren. She felt even more uneasy now, something was definitely not right.

Joann called dispatch again, describing the situation. Principal Sherri Holler made the executive decision to follow protocol and bring the lonesome boy back to school.

Principal Holler then personally took the boy to his house, where she was surprised with a situation she was not quite prepared to deal with. Upon arriving, she stepped inside and found the boy’s mother passed out unconscious on the couch seemingly unaware of the three-year-old child sitting on her chest.

The seven-year-old ran screaming over to the unresponsive woman, shouting at her to wake up, but she remained still. Principal Holler called the police and a short time later they arrived.

They began an investigation, calling the boys guardian, and taking the mother, Kaylee Macasaet into custody.

In the house, they found 247 empty stamp bags of heroin, used syringes, burnt spoons, and a shoelace tourniquet. There was moldy, disgusting food scattered around the house. On top of it all the three-year-old needed a diaper change a while ago.

According to police, when the guardian arrived, Kaylee hit him. They brought her back to the station and questioned her.

This is why she was unconscious when the Principal arrived; they found out she had taken an Adderall pill and four Xanax in a desperate attempt to detox from the heroin. She just wanted to sleep it off for a few days, but that would’ve meant leaving her kids to fend for themselves.

Joann is only thankful that it all worked out the way it did.

“Maybe now everybody can be aware of the situation, and the family can get the help they need,” she said.

It really is awesome that Joann is the type of bus driver that cares more for her kids than just doing a job! It may have seemed like such silly thing at the time, but it turned out to be way more! LIKE Great Heros for more!