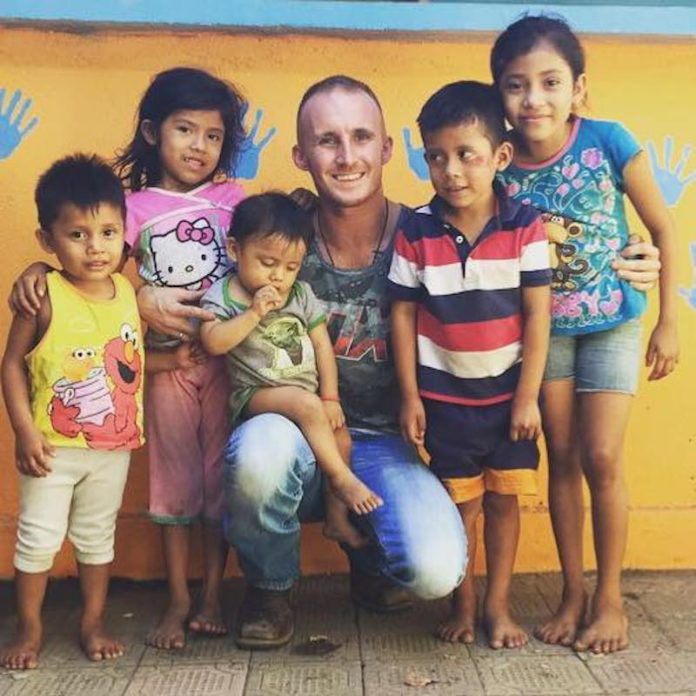 A young Kentucky man believes it was an act of God that saved his life 25 years ago.

His mother didn’t want him and made the decision to abort him. Before the operation was to be carried out, she visited a church where David says God laid it on her heart to let the child live.

Meanwhile, a woman by the name of Deborah Lane wanted a fourth child but she felt that this time she would adopt. In a giant twist of irony, Deborah worked as a nurse and helped to deliver David.

No sooner was David born, Deborah offered to adopt him from his biological mother, and she agreed.

So David was allowed to live, his biological mother didn’t have to live with an abortion on her conscience, and Deborah got a fourth child to add to her family. A win, win, and win!

David grew up in a strong Christian family with plenty of love to go around. He worked hard in school and was a good student overall; outside the building, he excelled at cross-country and track.

But as he entered his teens, he began to wander into bad habits.

It began with a couple beers with friends when he was only fifteen, but as the years went on, it turned into a multitude of problems for him. He got himself kicked off the sports team so he moved on with his life.

David went on to join the Army, but his old habits caught up with him, leading to a mutual “opt-out” of the service. He went back home, an early twenties Army drop-out with no goals in life and a laundry list of bad decisions.

The year of 2013 gave him a new hope when he began to attend Calvary Christian Church. David made friends there and eventually signed up to go on a missions trip to Guatemala. Little to his knowledge at that time, but that trip would be the complete 180 his life needed.

He had seen the toll these missions trips temporarily took on so many other people’s lives. They go, serve the people of an area, then come back and are all excited for a month or so until the flame dies out and there are back at square one. He didn’t want to be like that, but you don’t know what will happen until you go for it. So, off to Guatemala, he went!

His experience there was more than he could have imagined, it turned out. He felt a love for the kids he worked with, a love he didn’t expect to feel towards them. David learned Spanish and how to communicate with them. Through his time there he felt a joy that can only be experienced through service to others.

That service he did lead to his next calling.

David believes that he was saved at birth to be able to pay forward the gift he was given by helping kids in bad situations. He set up a program to provide food, clothing, and schooling for needy kids in the Santa Rosa area of Guatemala.

A program of humble beginnings, Uplifting Children’s Ministries is now sponsoring and housing 38 children. On top of teaching and caring for those kids, UCM also assists local youth groups as well as helping homeless and alcoholics get back on their feet.

Part of the program is a small shop that sells donated items given to them largely by businessman Carlos Vargas. Vargas also provides a large portion of the financing and leadership in David’s operation. He is helping buy land and a new building for them as well.

This little store also provides a great visual outreach to the community by showing movies in a makeshift theatre.

David’s generosity has inspired many people to support his work and donate their time and money to his cause. His tireless work has blessed so many locals in Santa Rosa.

Despite the many challenges he faces: very hot weather, language barriers, and a high crime rate, especially in the art of thievery, he remembers that God has always taken care of him so far. He says he relies on Thessalonians 5:16 for encouragement.

David uses his ups and downs to help others and I think that’s amazing.