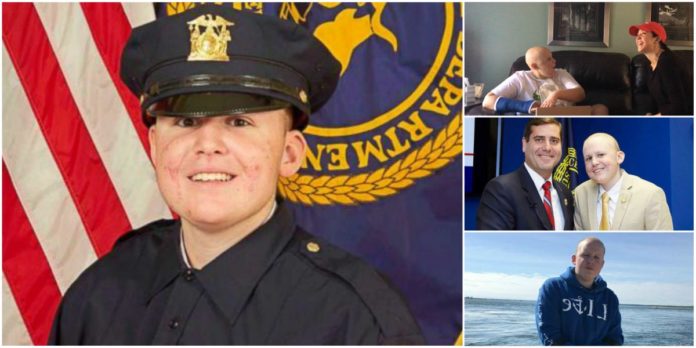 The men and women of the Suffolk County Police Department are flying the flag at half-staff. Together they are mourning the loss of one their own. Being a police officer is like being part of a family, and when one dies, it affects everyone.

But the tragic death of Detective Sean Dixon is expressly agonizing for these men and women in blue. Detective Dixon, who succumbed to bone cancer this past Wednesday, was 16 years old.

As a young boy, Sean Dixon dreamed of becoming a police officer. His grandfather served the Nassau County Police Department for over three decades. He was Sean’s idol.

Then in September of 2015 Sean’s doctors diagnosed him with osteosarcoma. It’s a rare form of bone cancer. He waged a brave battle, undergoing over 50 rounds of chemotherapy. In 2015 doctors amputated his leg as a result of the terrible disease.

Sean’s brave spirit touched the hearts of everyone he met as he battled the awful illness. School Superintendent Michael Hynes posted online, “Sean Dixon is an angel from above…Hard to put into words the impact you’ve had on me over the past few years.”

The community did what it could to help. Suffolk County detective Ed Troyano made Sean’s dream of becoming a police officer come true. On his 16th birthday, Sean was sworn in as an honorary detective. 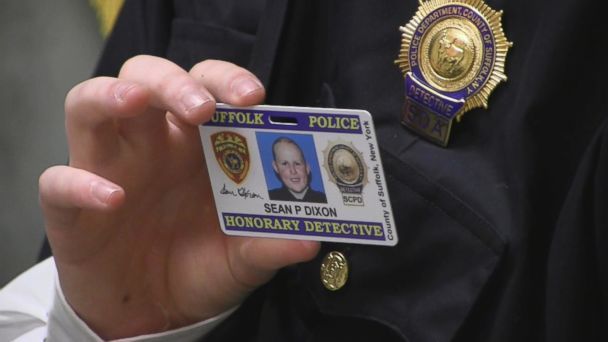 And the department put Sean to work, making him one of their own. He sat down with the 911 dispatcher to listen in on emergency calls. He learned about the various areas of police work, such as evidence, homicide, and the K-9 unit.

Sean’s mother Kim called it a fantastic experience. “It was like a dream of his that was really fulfilled,” she said.

But the real honor went to the men and women of the Suffolk County Police Department. “He’s about hope, determination and he’s certainly inspired the members of the department,” said Police Commissioner Timothy Sini. 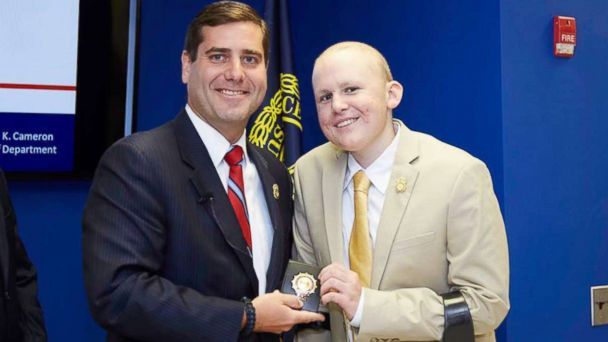 Recently Sean’s condition became worse, and he fell into critical condition. He went into hospice care and died surrounded by his loving family.

A group held a vigil in a nearby park as word spread that Sean’s condition worsened. The high school junior who touched so many inspired hundreds to attend the event as his soul left his body.

The former detective inspired more than just his brothers in blue. A local booster club renamed an annual award for adversity after Sean. It is now called the Sean Patrick Dixon Hall of Fame Courage Award.

The booster club said of Sean, “He carried a torch as a champion and tied an entire community together like no one before him. We honor Sean Patrick today and will keep him in our hearts and minds forever.”

The SCPD is mourning the loss of our friend Sean Dixon, a 16-yr-old cancer patient, who served with us as "Detective for a Day" in August. pic.twitter.com/pMxHciGPRY

If Sean’s bravery and courage touched you, and if you support our men and women in uniform, SHARE this article with your friends and family!

Sources: patch.com and newsday.com and abcnews.com