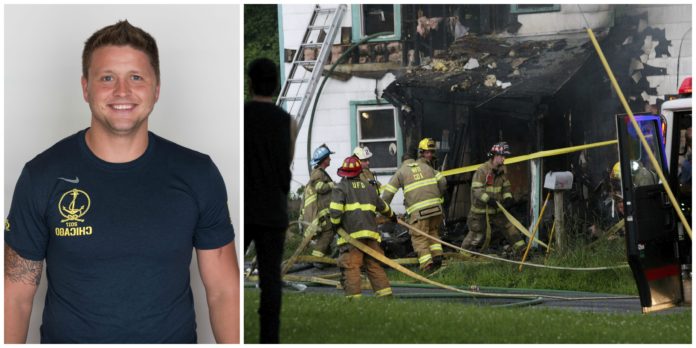 Damion Hedington is a hero no matter how you look at it. Not only because he is a U.S. Navy veteran who has competed in the Department of Defense Warrior Games, but also for rushing to the aid of his neighbors in a tragedy.

It was another sunny morning in the upstate New York town of Saratoga Springs. Hedington stayed at his girlfriend’s grandparents’ house in order to spend some quality time with her.

The pleasant time soon turned to a desperate need for action as Damion was getting some coffee. He heard screams from the couple in the house a few houses down and, peering out the window, could see smoke billowing up into the air. That’s when Damion jumped to his feet and rushed out the door.

He arrived to see flames licking out of the front living room windows on the lower level of the house, completely smoking out the upper level like a sedated bee hive. 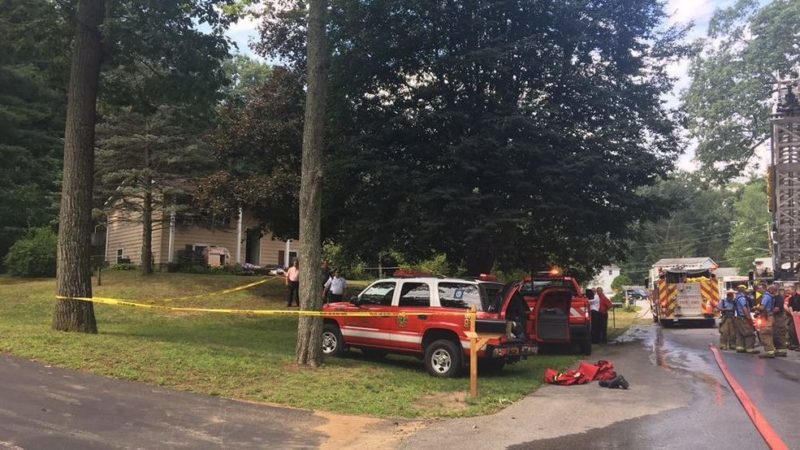 Most of the neighborhood was aware of the elderly couple that resided here. Most people knew they were fond of dogs and owned quite a few. Everybody pretty much left them alone as they rarely did much to interact with their neighbors, but that’s just how quiet neighborhoods are.

Damion knew what he was looking for. He was not equipped to search the fire-stricken lower level of the house. However, if he did not act soon, the foundation wouldn’t be able to support the upper level and the whole thing would come down. So, he rushed up the stairs where he came to a doggy gate.

He grabbed the gate and ripped it loose, throwing it behind him. There, on the landing, he found a man spinning in dazed circles as if he was lost.

Without hesitation, Damion grabbed the man by his hip and guided him down the stairs. Once he was brought to safety, the Navy veteran asked if there was anyone else in the house. His heart sunk when he heard the man’s reply. 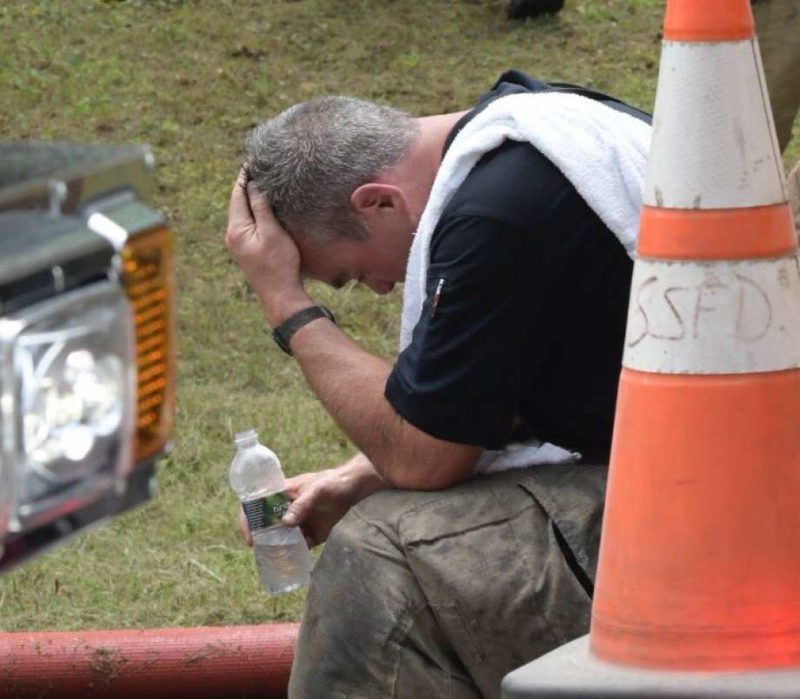 There were nine dogs that lived with the couple in their home. Worse yet, the man’s wife was in the house, unable to move due to a broken ankle. Damion heard someone, now determined to be the man’s wife, coughing and struggling to breathe in the house.

So he ran back inside, back up the stairs. This time, the smoke was so thick and heavy that Damion could not see. There was black everywhere he looked. He turned on the light on his smartphone but it was to use. He could barely make out heavy breathing and sputtering but with no sense of direction, he had no idea where to go.

Damion came back down the stairs and burst outside. The man saw that he did not come out with his wife, so he stood up to go back inside. Damion followed him. The man made his way back up the stairs, being careful to stay low as that was the only way to see anything and breathe. 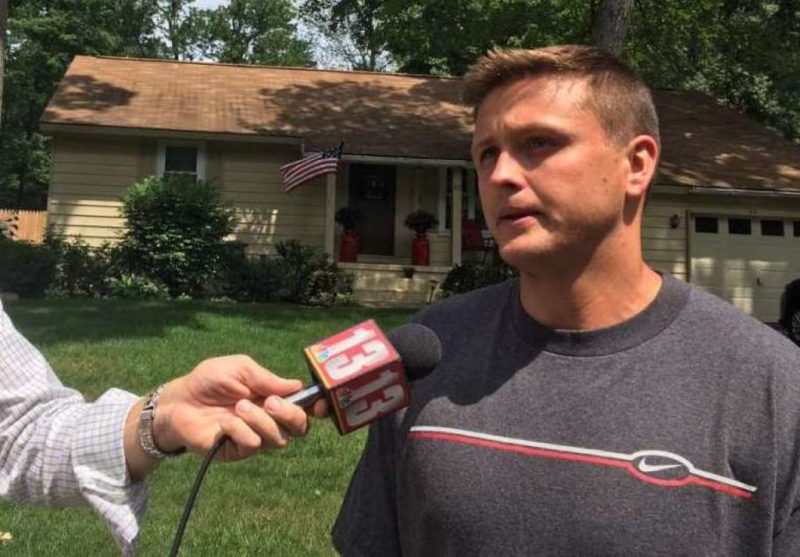 Damion stayed slightly back, standing on the stairs watching the man for a sign he spotted something. The man lay on his stomach at the top of the stairs, wriggling as he tried to lock eyes on anything moving.

He thought he could see movement through the smoke, then he realized that the man had stopped moving. Damion grabbed the man’s ankle to pull him back downstairs if he was not conscious. As soon as he did the man started moving again, but at this point, there was nothing else to be done.

Sadly, there was just too much smoke and it was too dark to do anything but retreat.

The man was clearly not okay due to smoke inhalation and exhaustion. Damion put his arm around him and guided him back downstairs and out of the blazing inferno. Once they were again safely outside, a neighbor, who worked as an ER nurse, tried her best to help the man.

No one wanted to tell him at the time that his wife, and later confirmed that four of their dogs, died in the fire. He was later flown out to the nearest burn unit for treatment of burns to his head and body.

This is not very happy, I know, but the point is Damion Hedington’s heroic actions. No one would have made it out alive at all if he had not even tried. Thanks to him and quick responses to call 911 by neighbors, a man is saved. Damion served his country and now he serves his community as well.

Do you know someone who is a man or woman of action? TAG them in the comments and FOLLOW us for more!